606 Trail Brings Change to Logan Square Market – but is that Good? 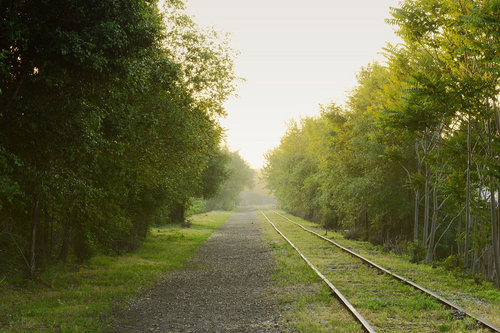 On the surface, it seems like a no-brainer decision. Since 2004, Logan Square, a neighborhood with one of the lowest amounts of open space per capita in the city of Chicago, has worked on transforming the abandoned Bloomingdale train line into a nature trail with parks. With the path set to open on Saturday, June 6, everything seems to be going according to plan.

However, for Delia Ramirez, a 31 year-old resident of Logan Square, she’s seeing a more troublesome picture.

“Three weeks ago my dad got a little postcard in the mail from a really good-looking woman and a man who said, ‘Hi, we’re developers in your area and interested in buying property. Please contact us if you’d like to sell your house.’ It’s the first one they got, but I know so many more are coming,” Ramirez explained to the Chicago Reader.

Ramirez’s experience is part of a larger trend at play in Logan Square, where for years homes have been torn down and replaced with more expensive new construction. The resulting rise in housing prices is threatening to displace the residents of Logan Square.

Prices in the area have increased by more than 40 percent since the housing market crash, compared to the median climb in Chicago of 21 percent. While increased property values are a boon for owners who are looking to sell, higher property taxes that come with it are a burden for those who want to stay.

Gentrification is not an unfamiliar concept to Chicago. Andersonville, Pilsen and Wicker Park have all been radically transformed, and all share similar situations as Logan Square: relatively cheap urban property becomes desirable, which leads to buyouts and construction that reshape neighborhoods, raise prices and taxes, and force older residents to move elsewhere. While the 606 trail is a factor in the acceleration of gentrification in Logan Square, it is not the only factor at work.