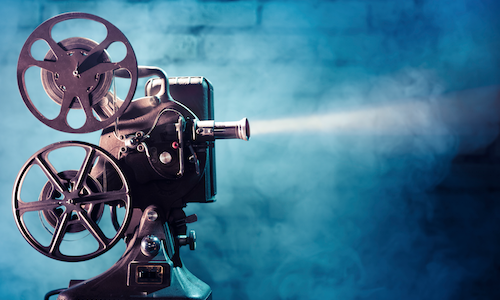 In honor of Hooper’s accomplishment and the release of Gli Kenan’s Poltergeist remake (this one not penned by Steven Spielberg) Chicago Agent has decided to count down its 10 favorite real estate-related films (in alphabetical order):

1. American Beauty – Wrought in angst and mid-life crises, this film tells the story of a family lead by a father on a mission to redefine himself, and a mother who’s ambition as a real estate agent drives her into the arms of a decidedly more successful industry insider, better known as “The King.” Through its maelstrom of emotional arcs crisscrossing throughout, at its baser elements, American Beauty is a great exploration of how stressful real estate can be.

2. Beetlejuice – We want to buy the perfect house; agents want to put clients in a perfect house; sellers, generally, want to help someone else find the perfect house; but after it’s all said and done, the ‘I’s dotted and so forth, sometimes a house can still end up surprising you, which was certainly the case for the Deetz family in Tim Burton’s 1988 classic. Family buys a new house, daughter finds a couple of ghosts living in the attic, a slowly decomposing trickster ghost is thrown into the mix and chaos ensues. Oldest story in the book.

3. Glengarry Glen Ross – James Foley’s 1992 film isn’t for the real estate spectators, the fans; it’s for the diehards, the agents knee deep in the trenches, who understand the thrill of the sale and the devastation of a cold streak. Perhaps a little on the hyperbolic side, the film makes its point through 100 minutes of intense salesman struggle. Remember, winners get Cadillacs, losers get steak knives.

4. Heartburn – Set in America’s political epicenter, this 1986 drama is the classic story of delayed renovations ruining a bunch of lives. Sure, when Meryl Streep and Jack Nicholson (talk about star studded) purchase their Georgetown fixer-upper they have only high hopes, but after setbacks begin piling atop delays, their dream becomes a catalyst for their demise.

5. Money Pit – Nearly accompanying the release of Heartburn, this 1986 movie tells the other side of housing renovations, where bonds are forged and not broken, but not without throwing in a healthy share of building setbacks. Considering how negatively home renovations were portrayed in the mid-80s, it’s a surprise the industry ever survived.

6. Poltergeist – Hooper knew how to scare an audience, which is why he coupled homebuying and cemeteries. Word from the wise: If someone tells you a cemetery that used to be under your house was relocated, make sure they moved more than the headstones before you make an offer.

7. The Descendants – Looking more like a middle-aged man than ever before, George Clooney helped illustrate the woes of large land acquisitions – particularly when that parcel is worth millions (if not billions) but is also a huge part of your family history – in Alexander Payne’s 2011 work. Not only is the film compelling, but also it provides some unique industry insights, such as a lesson on the Rule Against Perpetuities.

8. War of the Roses – As its title suggests, this 1989 movie depicts a sometimes ruthless battle, in which a once happy couple devolves into dispassion before falling into the throes of hatred after buying a mansion meant to be a dream home.

9. We Bought a Zoo – If Matt Damon’s 2011 family feature taught us anything, it’s that with a little bit of money, anyone can own a zoo. A good reminder to agents who sometimes forget that a property’s value isn’t necessarily wholly contained in the structure.

10. UP – Though it’s an animated movie produced for children, this 2009 Disney flick is arguably the most heart wrenching/warming film on this list. UP reminds audiences that a home can be either a mausoleum or a reminder.