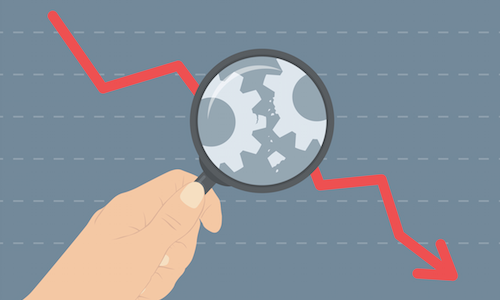 Market indicators have detailed a continual progression towards normalcy since early 2014, but a hiccup in April’s existing-home sales could mark yet another slow down in the pace of progress, according to a new report from the National Association of Realtors.

In April, total existing-home sales, encompassing all property types, stumbled 3.3 percent from March, which was admittedly uncharacteristically active. Despite month-over-month declines, figures remain above the annual sales pace of five million, and from the same time last year sales have actually jumped 6.1 percentage points – the seventh consecutive month of such increases.

Inventory remains far below pre-crisis levels at a 5.3-month supply, and 0.9 percent below a year ago. While short-term increases mark a slow refilling of shallow inventories, persistent demand in some of the country’s hottest markets is making it difficult for builders and sellers to keep up. At the current purchase pace, properties are averaging only 39 days on market, which is faster than any time since July 2013 when the average was 42 days. In April, 46 percent of homes sold in less than a month.

Regionally, NAR’s findings were aligned with the national pace, apart from the Midwest, which stood out as a beacon in an otherwise foggy gulf of slowing existing-home sales.

Owners Wary of the Market

In a statement accompanying NAR’s report, Chief Economist Lawrence Yun rationalized April’s dip in sales. “April’s setback is the result of lagging supply relative to demand and the upward pressure it’s putting on prices,” he said. “Housing inventory in many markets is very tight, which in turn is leading to bidding wars, faster price growth and properties selling at a quicker pace.”

Helping to frame the situation, Yun added that in April, 40 percent of properties sold above asking price, the highest level since NAR began tacking the data in December 2012.

While some experts point to building as the culprit behind low inventory, Chicago Agent has reported several times on the one-dimensional nature of this analysis. Mark Fleming, chief economist with First American, pointed out that while buyer interest remains high and rising prices bode well for interested sellers, many homeowners still lack the equity to warrant listing their home.

“While individual homeowner equity positions are improving, many homeowners still have a higher than market reservation price, or the price at which they are willing to put their home on the market for sale,” he said. “Without the constraint of insufficient equity, many more homeowners would be willing to sell their homes, especially given the continued low interest rate environment and increased certainty in labor markets.”

Overall, April proved disappointing, but March’s stellar performance may have been enough to help make up the difference.