A new report from CoreLogic shows foreclosures are falling across the nation, mostly 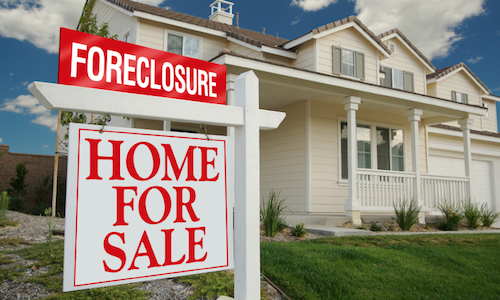 The nation’s foreclosure inventory is in decline, falling 25.7 percent year-over-year in March, which represents a continued effort to regain the market normalcy enjoyed in pre-crisis years, a new report from CoreLogic found.

The promising drop in foreclosures is only bolstered by serious delinquencies in the country declining by 19.1 percent from the same time last year, putting the share of seriously delinquent mortgages at 3.9 percent, the lowest rate since May 2008.

Regarding serious delinquencies, both the state (4.8 percent) and its biggest metro (5.5 percent) fell 1.3 and 1.5 percent, respectively. And while rates remain above the national average and well beyond pre-crisis levels, consistent growth has put the state on a strong trajectory for attainable long-term sustainability.

Mostly Good, Some Not So

Delving further into CoreLogic’s report, researchers unearthed a number of both positive and negative market indicators, illustrating that despite near universal gains, some markets are fairing far better than others.

Foreclosure Inventory Heading for Below 1 Percent

While gains and losses varied from market to market, the overall consensus from CoreLogic CEO Anand Nallathambi and Chief Economist Frank Nothaft was a positive one.

“We are seeing additional improvement in housing market conditions due to a decline in the serious delinquency rate to 3.9 percent, far below the peak of 8.6 percent in early 2010,” Nothaft said.

Still, he added, those declines have yet to bring delinquency levels below the pre-recession standard of 1.5 percent, which is not to say they’re not heading in that direction.

“Foreclosures and serious delinquency rates continue to drop as the home purchase market begins to emerge from its eight-year slump,” Nallathambi commented.

Evaluating current trends, CoreLogic’s chief executive went on to say that the foreclosure inventory is expected to drop below 1.3 percent by midyear, pushing foreclosure inventory to its lowest level since 2007, but warned that states in the Northeast and Midwest, as well as Florida, represent a continuing problem despite “rapid progress as of late.”

“In March, foreclosures in these areas accounted for a large proportion of completed foreclosures,” he said.