A new report from RealtyTrac confirms investors are gaining traction in the flipping market. But is there enough inventory to go around? 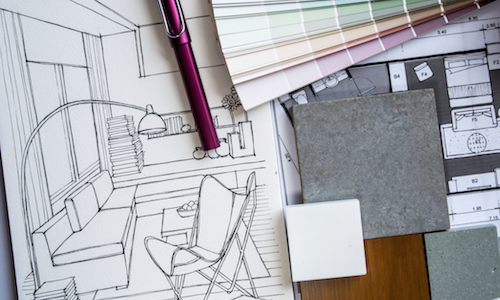 Single-family home flips were up in 2015’s first quarter, according to a RealtyTrac U.S. Home Flipping Report.

The report, which analyzed home sales data, found that the resurgence in flipping is being driven largely by investors, who are only now returning to the market.

Although a Sept. 2014 report from the National Association of Realtors reported a decline in all-cash investor activity, it also found that despite having the advantage of low down payment options, low interest rates and less investor competition, first-time homebuyers have displayed no zeal in regaining market share, which fell from 38 percent in 2013 to 33 percent in 2014.

Now, well into 2015, a lack of first-time homebuyers and strengthening home prices have bolstered investor confidence. As a profit producer, flipping has become a serious generator for cash, with completed flips in the first quarter averaging a gross profit of $74,450, compared to $65,290 in the previous quarter and $61,684 in the first quarter of 2014.

The majority of flipping activity was corralled in the lower end of the price spectrum, primarily in the $100,000 to $200,000 range, the report found. RealtyTrac noted the average gross ROI – average gross profit as a percentage of the average original purchase price – of homes sold in the $100,000 to $200,000 range was 47 percent, the highest of any price range.

Higher-end homes selling between $750,000 and $1 million also turned a significant profit with an average gross ROI of 31 percent, but only made up 1.63 percent of all flips.

Examining the demographics of flippers, RealtyTrac researchers revealed that while owner-occupant buyers still purchas the majority of flipped properties at 65.3 percent – down from 71.4 percentage points year-over-year – non-owner-occupant buyers, or real estate investors and second homebuyers, increased their share to 34.7 percent, which was the highest level since the first quarter of 2011.

The Challenge of Finding Inventory

In a statement accompanying a February flipper analysis from Auction.com, executive vice president Rick Sharga commented on the resurgence of investors in the flipping market, saying that he was surprised “so many investors continue to focus on flipping as opposed to buying properties to meet rental demand.” He later elaborated on the situation, remarking on the trend of historically high rents and their impact on investment. Sharga said that rents are simply too high for investors to turn a profit, which has lead to more flipping.

For Daren Blomquist, vice president of RealtyTrac, the return of investors represents more than an opportunity for investing, but also a swell of demand for contemporary, move-in ready homes.

“The strong returns for home flippers in the first quarter demonstrates that there is still a need in this recovering real estate market for move-in ready homes rehabbed to more modern tastes, particularly given the dearth of new homes being built,” he said.

The presence of flippers, and particularly a return of non-owner-occupant flippers (who are more likely to be profit driven), is both a potential boon and hazard for the market – the difference ultimately being between improving existing inventory and depleting affordable inventory. Blomquist hopes investors will be responsible in their flipping.

In some states, like Florida, where distressed inventory is still substantial, investors face appetizing odds with high yields on flipped properties. But in other areas, where even finding an available listing is difficult, flippers might be stifled.

“The challenge for flippers in 2015 will be finding inventory to flip,” Blomquist said. “Flippers ideally want to buy distressed homes that provide them with an opportunity to add value in markets where there is good affordability and ample demand from buyers for the finished flip product – whether those buyers are Millennials becoming first-time homebuyers, Baby Boomers purchasing their present or future retirement home or buy-and-hold real estate investors looking for turnkey rental properties that cash flow.”

Depleted inventories is a problem faced the nation over, as builders and wary homeowners have been slow to replenish stores. Like many hopeful buyers, even investors are struggling to find worthwhile options.