NAR’s report showed improvement in pending home sales, but also an increase in the share of traditional buyers compared to investors. 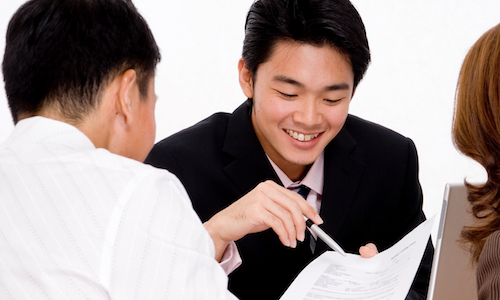 Spring is in full bloom, bringing with it a wave of antsy buyers who are ready to make the leap into homeownership – a trend that is helping to fill the gap left by fleeing all-cash investors, the National Association of Realtors’ Pending Home Sales Index showed.

Leveraging contract signings as an indicator, NAR’s PHSI climbed 1.1 percent to 108.6 from February, and 11.1 percentage year-over-year, marking seven consecutive months of such gains. The index is now at its highest level since June 2013, when it read 109.4.

Gains are doubly impressive in that they represent a swell of traditional buyers and a thinning of all cash investors, who were quite prevalent in the years following the 2007 crash. According to NAR’s recent Realtors Confidence Index, the overall share of all-cash sales was down 7 percentage points year-over-year from 33 to 26 percent in 2015’s first quarter; specific to investors, sales share was dropped from 19 to 15 percent.

Evaluating sales by region, NAR researchers discovered something of a mix bag, with both gains and losses being recorded throughout the country.

Lawrence Yun, chief economist for NAR, emphasized the shifting ratio of traditional buyers to cash investors in his comments.

“While contract activity being up convincingly compared to a year ago is goof news, the increased number of traditional buyers who appear to be replacing investors paying in cash is even better news,” he said. “It indicates this year’s activity is being driven by more long-term homeowners.”

However, in the face of growth, Yun also sees setbacks, mostly in the form of cripplingly low inventories – a prevalent problem in several major metros, including our local market.

“Demand in many market is far exceeding supply, and properties in March sold at a faster rate than any month since last summer,” he noted. “This in turn has pushed home prices to unhealthy levels – nearly four or more times above the pace of age growth in some parts of the country.”

According to Yun, the simple solution is: more new and existing inventory for approved affordability. But as our own Peter Thomas Ricci pointed out in a recent article, widespread inventory shortages are more complicated than simply building or selling more, citing specifically: low equity and low, locked-in interest rates keeping people from selling; significant numbers of company and investor-owned properties, which cannot be listed on the open market; and a large number of homeowners who have purchased or refinanced their home within the last seven years, because, as he wrote:

On average, homeowners sell their homes after more than seven years of residency, so it’s unlikely that the 14 percent of homeowners that fall into this camp will list their properties.

Until those many issues are resolved, it’s likely inventory will remain on the low end of the spectrum.