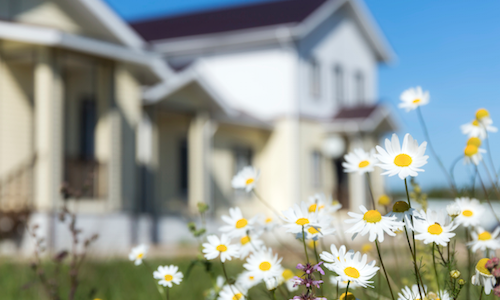 The National Association of Realtors released its existing-home sales report for March, and the early verdict is good, with sales, prices and inventory showing strong signs of improvement.

Across all property types, existing-home sales increased 6.1 percent, bringing total figures to 5.19 million – the highest annual rate since Sept. 2013 (the last time mortgage rates were this low). On a year-over-year basis, sales levels increased 10.4 percent, which marks six consecutive months of growth and the highest annual increase since August 2013.

For condominiums and co-ops, increases to sales were even more impressive at 11.1 percent, which pushed the rate 7.1 percentage points higher than March 2014 levels.

It was a true bevy of positive findings this month; even apart from home sales, both inventory and home prices for all housing types rose. Total housing inventory at the end of March stood at a 4.6-month supply, a 5.3 percent monthly increase and 2 percent yearly increase.

Median existing-home price for all properties climbed 7.8 percentage points from last March to settle at $212,000, which is the 37th consecutive month of increases.

The immediate response from NAR Chief Economist Lawrence Yun was largely a position of excitement.

“After a quiet start to the year, sales activity picked up greatly throughout the country in March,” he said. “The combination of low interest rates and the ongoing stability in the job market is improving buyer confidence and finally releasing some sizeable pent-up demand that accumulated in recent years.”

Yun went on to say that the modest rise in housing supply was also a welcome sign, noting that additional inventory and construction will be needed to ultimately sustain the current pace of growth.

Fleming added that the market’s equity deficiency is one of the “key reasons” many metros are suffering from low and stagnant inventories. Our own Peter Thomas Ricci touched on the epidemic in a recent article, when he reported that in 76 percent of U.S. markets, increases to home prices are outpacing wages.

“Home prices in many housing markets across the country found a floor in 2012 and since then have rapidly appreciated, particularly in markets attracting institutional investors, international buyers or some other flavor of cash buyer not constrained by income as much as traditional buyers,” said Daren Blomquist, the vice president of RealtyTrac, which initially published the related data. “Eventually, however, those traditional buyers will need to play a bigger role in the housing market for the recovery to maintain its momentum.”

Fleming believes that appreciation, which has been observed, is the most significant driver of improvement in expected sales, and as the market regains its footing and prices continue rising, more homeowners should gain equity and, in some cases, be floated out of negative equity.