For the month of November, home prices in Chicagoland rose 12.4 percent year-over-year; not only does that figure include distressed sales, which have historically harmed the Windy City’s home price data, but it was also the fifth-strongest yearly gain of all the cities that CoreLogic tracks.

And although all real estate is local, on a national scale, home prices are continuing to improve at a healthy pace. According to CoreLogic’s Home Price Index for November, home prices (including distressed sales) rose 11.8 percent compared to Nov. 2012, marking the 21st consecutive year-over-year increase.

Compared to October’s adjusted data, home prices only rose 0.1 percent for the month and 0.3 percent when excluding distressed sales.

The report warns that for the next report, which will reveal December data, home prices are expected to fall 0.1 percent for the month. This would eliminate the current report’s gain, but is not enough to set back the industry. 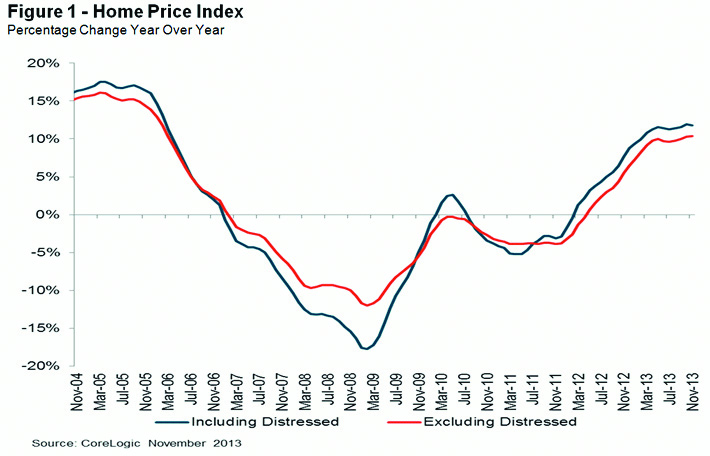 Drop As Expected During Holidays
“The housing market paused as expected in November for the holiday season with very low month-over-month appreciation. Year-over-year home prices are up an impressive 11.8 percent,” said Mark Fleming, the chief economist for CoreLogic. “Our pending HPI projects that home prices will grow by 11.5 percent for the full year 2013. That will make 2013 the best year for home-price appreciation since 2005.”

“On a year-over-year basis, home prices have appreciated every month in 2013. Twenty-one states and the District of Columbia are now at or within 10 percent of their peaks,” said Anand Nallathambi, the president and CEO of CoreLogic. “The outlook for 2014 looks a bit less robust as regulatory complexities and tight credit can be expected to cool the housing market.”

National Home Prices Decreasing
Though home prices did post strong yearly gains of 11.8 percent (that is the 21st straight month of yearly gains for the Home Price Index), they were only up 0.1 percent from October to November.

The pending HPI, which anticipates the next Home Price Index, expects prices to rise 11.5 percent year-over-year in December, which is weaker than November; it also anticipates that prices will fall by 0.1 percent by monthly measures.

Also, even with November’s gains, prices remain 17.6 percent below their April 2006 peak.

Mark Fleming, CoreLogic’s chief economist, said such a wane in home prices was expected, and that 2013 was still quite the year for the home price marketplace.

“The housing market paused as expected in November for the holiday season with very low month-over-month appreciation,” Fleming said. “2013 [is set to be] the best year for home-price appreciation since 2005.”

Including distressed sales, the only state to show depreciation was Arkansas (-1.1 percent).

In Summary
Chicagoland’s home prices seem to be on an upswing – according to CoreLogic, home price rose 9.96 percent in September, 12.3 percent in October and now, 12.4 percent in November. Double-digit increases these past two months show promise, and while Fleming says that a wane in home prices is to be expected, 2013 finished as a strong year for home prices. However, prices will be weaker this year; while they may stay in positive territory4, they will not be as strong as last year. 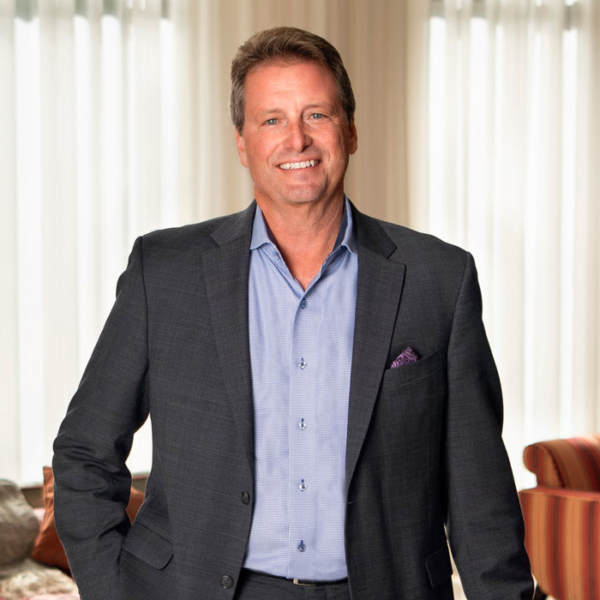