What’s Going On With The Rental Market, in 3 Easy Steps

The rental markets are enjoying their greatest prosperity in years; why, then, do the latest numbers from Reis look so darn underwhelming? 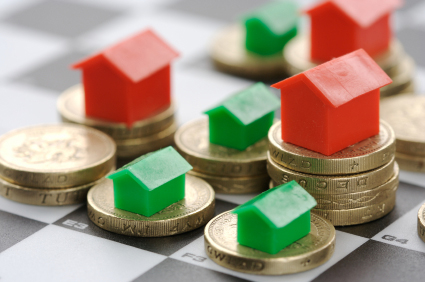 On first glance, the multifamily housing market in the U.S. in pretty good shape; in fact, it’s downright peachy creamy. With home financing tight as ever and housing inventory constraints showing no signs of letting up, to say nothing of millennials zeal for dense urban environments and disownment of large, car-dependent suburban areas, the current housing market would seem tailor-made for rental units, and 2012’s rising rents and falling vacancies confirmed those notions.

And yet, though the fundamentals for the rental market are still quite good, the latest analysis by Reis, which studied the apartment sector in the first quarter, finds some areas for concern.

The U.S. Rental Market in 3 Steps

The current state of the rental market can be explained in three easy steps:

Step 1: The one hugely positive thing Reis uncovered was that, housing recovery notwithstanding, apartment residences remain in huge demand. In the first quarter of 2013, the apartment vacancy rate was just 4.3 percent, a 20-basis-point decline from 2012’s fourth quarter. In the last year, apartment vacancies have fallen by 70 basis points, and are down by nearly half since peaking at 8 percent in late 2009.

Step 2: Here, though, is where things begin to get a little less optimistic. Though landlords have been enjoying extremely high levels of demand, on account of the low housing inventory, Reis expects more than 100,000 rental units to hit the market in the latter half of 2013; that inventory, Reis explained, will likely alleviate inventory constraints in the rental market, and because of that, landlords only have another quarter or two of low vacancy rates to enjoy.

Step 3: The most disconcerting detail of all in Reis’ analysis, though, involved asking and effective rents, both of which grew by only 0.5 percent in the first quarter. Not only is that consistent with Trulia’s underwhelming numbers; it’s also the slowest rate of growth for rents since 2011’s fourth quarter.

Though it could be argued that the first quarter is always a weak one for price increases, Reis pointed out that given apartment vacancies – which, again, are at their lowest point in a decade – rent increases should be stronger. Then again, analysts were equally perplexed at how rents soared through 2012, even with wage and job growth at paltry levels, so perhaps the market has corrected and those huge rent increases are a thing of the past?

The next few quarters, Reis ultimately concluded, will be a test of those fundamentals.