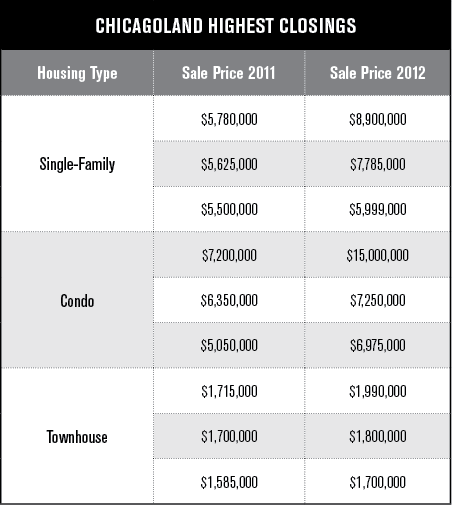 Representations made in Real Data 2012 are based in whole or in part on data supplied by Midwest Real Estate Data LLC (MRED) for the year 2012. MRED does not guarantee nor is it in any way responsible for its accuracy. Data maintained by MRED may not reflect all real estate activity in the market.