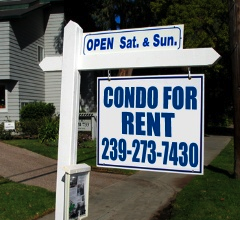 A well-meaning measure on rental caps could prove challenging for condo owners looking to rent their units.

Various condo buildings throughout Chicago are proposing and enacting new rental caps. While the intentions are to prevent property values, condo boards don’t consider the ramifications of the change, and restrictions that are too strict can have a negative effect on home sales and prices.

Rental caps will prevent homeowners from being eligible to rent out their place for years, given the number of owners already renting out units. The rental restriction also could interfere with a possible sale, too.

“Just in the last two or three weeks, we’ve had two serious buyers who walked because of that,” Jim Watson, a homeowner who has been trying to sell his vacant Lake Shore Drive unit, told MarketWatch. And it’s not just investors who are balking: “Young people come in, they want to buy it. But like many young people today, if they don’t have job security, if they have to leave town to take a job in another city, they want to know they can rent the place.”

In addition, to get a Federal Housing Administration-backed mortgage in a condo building, the owner occupancy of a building has to be equal to or greater than 50 percent, according to the U.S. Department of Housing and Urban Development. For conventional loans, there are owner-occupancy requirements for mortgages on investment properties and for those in new condo developments.

Kim Jones, a real-estate agent with Baird & Warner in Chicago, added that the rental cap is far below 50 percent, and caps of 20 percent and 30 percent aren’t unusual, for many condo buildings in Chicago. Some associations are beginning to forbid rentals for new buyers, she adds, or are creating rules that require homeowners to live in a unit for more than a year before they can rent. While associations may think this protects the building, it could actually cause homeowners who are not allowed to rent to go into foreclosure.

However, agents should advise their clients in this situation that there are a few options. They can prove there would be negative consequences, such as a short sale, if they’re not allowed to rent. Otherwise, they can get on the waiting list for the right to become a landlord. In buildings with long lists, some people put their name down even if they’re not sure they will need to rent out their place—just to keep their options open, said Brenda Mauldin, broker with Baird & Warner in Chicago. “It’s a security blanket for some of these owners,” she said.

As a last resort, homeowners can attempt to vote the current board members out.