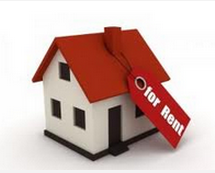 Big demand for rentals has inspired huge increased in the multifamily lending market.

Fannie Mae, Freddie Mac and the FHA were hugely influential in the recent increase of multifamily originations, according to the latest data from the Mortgage Bankers Association (MBA).

As the MBA explained in a summary of the data, originations for the multifamily/commercial sector were up 55 percent in 2011 to $184.3 billion, and the three aforementioned government lenders were responsible for $57.6 billion of that total.

In total, multifamily properties comprised the largest share of the MBA data, which is chronicled in the 2011 Commercial Real Estate/Multifamily Finance: Annual Origination Volume Summation. At $77.4 billion, multifamily lending was by far the most active segment, with only office properties, at $34.4 billion, coming close.

Jamie Woodwell, the MBA’s vice president of commercial real estate research, said the latest data for the multifamily markets suggest a year-long trend for the sector.

“Commercial mortgage lending continues to rebound from its 2009 lows,” Woodwell said.  “Originations for life companies, Fannie Mae, Freddie Mac and FHA were all strong, and banks, commercial mortgage-backed securities (CMBS) issuers and others also saw strong growth. With interest rates still low and stability returning to real estate fundamentals, the rebound is expected to continue in 2012.”

Indeed, the multifamily market has been one of the unequivocally bright spots for housing the last year. In March, the National Association of Home Builders’ Multifamily Production Index increased for the sixth consecutive quarter, reaching its highest level since the fourth quarter of 2005, and the Architecture Billings Index, a leading economic indicator of future construction activity, was positive in February, and multifamily billings were among the strongest segments of the index.

So strong has been the demand for multifamily loans that market share for Fannie, Freddie and the FHA decreased in 2011, despite the firms hitting their highest volumes ever for the year. In 2009, the three servicers accounted for 85 percent of multifamily volume, but that number dropped to 63 percent in 2010 and 57 percent in 2011, as private lenders have rushed to service the ever-growing rental market.