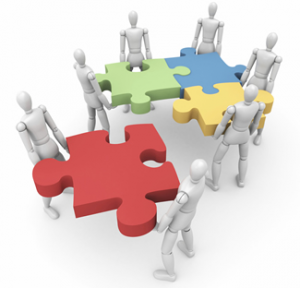 The FHFA's Ed DeMarco may be close to providing the last piece in the principal reduction puzzle.

DeMarco, long an opponent of the policy measure, said that under a revised study methodology, the FHFA found it could offer borrowers with principal write downs and save money at the same time, though he maintained his reservations on the program’s effectiveness.

Such an admission comes as a surprise, especially considering that DeMarco’s consistent message to housing advocates and lawmakers alike was that principal write downs would be simply too costly to the GSEs and their balance sheets; as the government official most responsible for maintaining the firms’ financial solvency, DeMarco argued that he was obligated to avoid further taxpayer bailouts for Fannie and Freddie (taxpayers have already provided more than $151 billion in funds for the companies).

Under the new aforementioned methodology, though, the FHFA’s analysis told a different story. For the new study, the agency’s analysts lowered the delinquent borrowers FICO scores (those that would qualify for the reduction), raised the borrowers’ debt-to-income ratio for their housing payments, applied ZIP-code-level data from CoreLogic’s latest HPI (rather than state-level) and redrafted the potential impact of the modifications using recent policy initiatives from the Treasury Department.

Using that system, DeMarco reported a different scenario for the FHFA.

“This updated analysis would show a positive benefit to the enterprises of $1.7 billion and Treasury incentive payments of $3.8 billion,” DeMarco said, “which would imply a net cost to the taxpayer overall of $2.1 billion. This does not account for any offsetting benefits in terms of greater housing market stability if HAMP PRA reduces total foreclosures relative to standard HAMP but that benefit is difficult to quantify.”

The principal reduction effort had been gaining considerable steam in recent weeks, but the most recent coverage on the issue, which centered around the Treasury Department’s public support of the policy and meetings between Treasury Secretary Timothy Geithner and DeMarco, would seem to have had the most influence on DeMarco’s comments, especially considering that the Treasury’s new incentive program for reductions was built in to the FHFA’s latest study.

In his concluding remarks, though, DeMarco was clear that the FHFA has still not formally endorsed a principal write down program.

“As FHFA makes its decision on whether the Enterprises should offer principal forgiveness with the HAMP triple incentives, we will look to the issues I have described: the NPV impact;
borrower incentive effects; and operational costs,” he said.  “Those are the issues that are within our responsibilities as conservator of the Enterprises.”

And he maintained the view that some homeowners may be swayed from paying their mortgages to entering delinquency to capitalize on the reduction benefits.

“Will some percentage of borrowers who are current on their loans be encouraged to either claim a hardship or actually go delinquent to capture the benefits of principal reduction?” he asked.

Ultimately, DeMarco ended his speech on a somewhat sobering note – even with the financial benefits of a reduction program, the HAMP PRA (the unofficial name of the program DeMarco used throughout his comments) would assist less than one million households, which is less than 10 percent of the nation’s 11 million underwater borrowers. With that in mind, DeMarco cautioned a long-term outlook on the program’s impact.

“This is not about some huge difference-making program that will rescue the housing market,” he said. “It is a debate about which tools, at the margin, better balance two goals: maximizing assistance to several hundred thousand homeowners while minimizing further cost to all other homeowners and taxpayers. The anticipated benefit of principal forgiveness is that, by reducing foreclosures relative to other modification types, enterprise losses would be lowered and house prices would stabilize faster, thereby producing broader benefits to all market participants.”