Could Sellers be the Faulty Factor in the Housing Recovery? 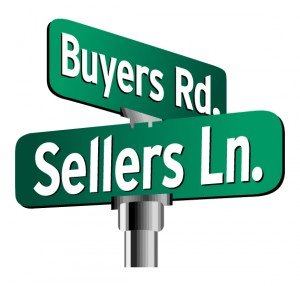 A new academic study suggests that Sellers Ln. may be a bumpy course for housing in coming years.

Everyone has a hypothesis on what specific factor is prohibiting housing from a true, sustainable recovery. Typically, such hypotheses feature a stock list of usual suspects – excess inventory, REOs and foreclosures, vacant properties, unreasonably tight financing and contract failures. An academic from Syracuse University, though, has offered a new suggestion on what holds housing back. For Gary V. Engelhardt, sellers are the true perpetrators.

Utilizing data from the University of Michigan’s Survey of Consumer Attitudes, Engelhardt’s report, which was sponsored by both the Research Institute for Housing America and the Mortgage Bankers Association (MBA), sought to “examine consumer attitudes toward homeownership before, during and after the financial crisis,” Engelhardt wrote.

And once again, Engelhardt’s findings were outside of the conventional dialogue. According to Engelhardt, even with the stagnant incomes and high unemployment in today’s economy, 80 percent of American households still see the present day as a prime homebuying opportunity, particularly among the young, educated and Hispanic demographics. Those attitudes would place homebuying sentiment among its historical levels, even with renting on the rise.

What makes the current downturn unique, Engelhardt writes, is sellers, whose “deeply negative sentiment,” inspired by underwater mortgages and falling home values, will continue to weigh down housing in the near term.

Beginning with Section 5 of his report (or, page 33), Engelhardt offers numerous charts and statistics to support his hypothesis. For instance, home-selling sentiment, which fluctuated between 50 and 70 percent from 1992 to 2005, has dropped dramatically in the last six years to the historically low 7 percent.

In his conclusions, Engelhardt writes that as long as troubled mortgages remain in excess numbers, seller sentiment will remain low.

“This suggests that favorable sentiment and real activity in the market will be weighed down significantly until the overhang of troubled mortgages is cleared out,” Engelhardt writes. “Although there has been some recent progress on this, there is still a long way to go.”

How long of a way to go? Using data provided by the MBA, Engelhardt projects seller sentiment to rise no higher than 10 percent through 2013.