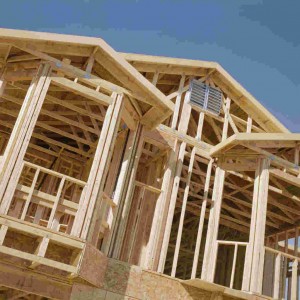 Housing starts rose in September to their highest level since early 2010.

The U.S. Census Bureau and the Department of Housing and Urban Development announced new data for construction earlier today, the most notable being that housing starts rose 15 percent from August to September.

In total, privately-owned housing starts were up to 658,000 from 572,000 in August. Single-family housing starts also increased, but at a smaller rate of 1.7 percent. As Housing Wire notes, this is the highest level for housing starts since April 2010.

“The September starts report shows new housing activity to be stronger than expected,” said analysts with Econoday, speaking to Housing Wire. “The big question is whether the demand exists to absorb added supply.”

In addition to housing starts, the government agencies also reported on building permits and housing completions.

Completions rose by 2.1 percent from August’s revised estimate of 634,000 units, which, coincidentally, was also the total for September 2010. Single-family completions, though, were down by 11.6 percent to 428,000.

The news on building permits was a bit more mixed. Year-over-year, permits were up in September by 5.7 percent, but from August 2011, permits were down by 5 percent. Permits are a gauge for future construction, and the lower permits in September may suggest lower construction data when the October numbers are crunched in November.