The Dodd-Frank Wall Street Reform and Consumer Protection Act have paved the way for an increase in the required down payment for mortgages, however, many analysts and industry professionals are criticizing this strategy. 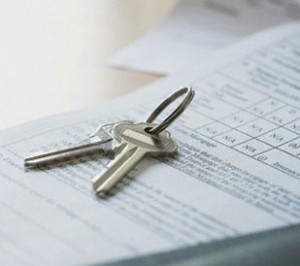 The National Association of Realtors are among 44 other organizations speaking out against this proposed strategy, arguing that the proposed 20 percent minimum down payment will price even more Americans out of the housing market, stifling growth and killing any chance of recovery. Economists agree the legislation punishes even the most creditworthy borrowers and places unneeded pressure on an already struggling market.

According to an article from The Street, in past decades, a 20 percent or more down payment was standard, and common knowledge and researched showed the lower the down payment, the greater the risk of default. However, as housing prices soared and mortgage lenders became immersed in the subprime crisis, that common practice fell by the wayside. Homebuyers may pay more in interest, closing costs or PMI, but 5 percent down is enough for many banks and lenders, while FHA loans, insured by the government, require just 3.5 percent down payment.

The Mortgage Bankers Association, in written testimony, says the proposed QRM definition “is so restricted that 80 percent of loans sold to Fannie Mae or Freddie Mac over the past decade would not meet these requirements.”

However, there is a financial incentive for lenders to push back against tougher QRM standards.

The Dodd-Frank Act requires financial institutions that securitize mortgage loans to retain at least 5 percent of the credit risk, according to The Street. It exempts securities backed exclusively by QRMs from the risk-retention requirement, lowering the cost of securitizing these mortgages, as they are considered to hold less risk. Narrowing the scope of what qualifies will mean homebuyers need to meet tougher standards.

If fully implemented, other Dodd-Frank related provisions could mean limiting the mortgage payment to 28 percent of gross income and limiting all debt to 36 percent as part of the mortgage qualification process.

While this Dodd-Frank Act is being proposed to ensure a safe and stable mortgage market, and while there is a positive incentive for this Act, according to a NAR survey conducted last year, only 74 percent of new homeowners said they used their own savings for their mortgage, while 8 percent tapped into a 401(k) fund and 6 percent sold stocks or bonds. Making up the difference, 27 percent got a gift from a friend or relative and 9 percent relied on a loan from a relative or friend.