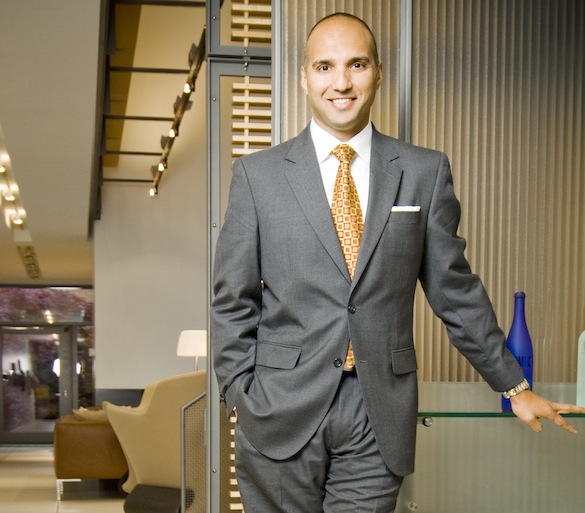 Ayoub Rabah credits the beginning of his career as being in the right place at the right time, and his luck with timing hasn’t stopped – since founding Great Street Properties, a company that markets and manages bank-owned properties, Rabah has expanded his company within

Chicago as well as Southern California. His team has grown from five to 25 people, and last year, Rabah’s team sold 770 homes and closed sales volume totaling upwards of $74 million.
“Almost a decade ago, we decided to focus on a market niche, which has helped transform the company into a market leader,” he says. “We also cultivated our existing client relationships, which helped to grow our traditional retail business.”

Among his future goals for his company, Rabah says he’d like to triple the number of homebuyer agents at GSP within the next two years, and continue enjoying every day. “My favorite part about my career is watching the evolution of a property go from a distressed asset to an inviting home.”

Rabah was recognized as a CAR top producer in 2010, but when not busy at work, he enjoys spending time with his “lovely wife and three wonderful children.”