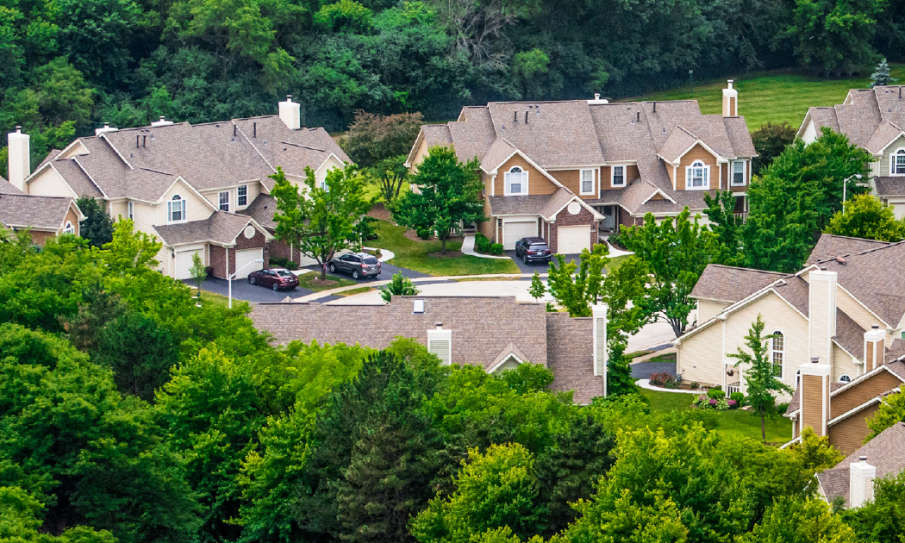 It’s become a common refrain in the world of residential real estate that buyers are looking for more space, and it’s no different in the Chicagoland luxury market, according to Coldwell Banker.

The real estate franchise’s annual survey of the global luxury market, known simply as “The Report 2021,” shows the Chicagoland market echoing what’s been seen throughout the area and much of the rest of the country. Across Coldwell Banker’s power markets, the sale of homes with more than 5,000 square feet jumped by just under 17% between 2019 and 2020. The number of days those properties spent on the market also declined 8% over the same period of time.

Coldwell Banker describes the Chicagoland luxury market as among the “most robust and diverse high-end property markets in the United States.” More space, both inside and out, has been among the most requested amenities over the last year, according to the report. A lot of that trend is driven by families who are also asking for properties near green spaces in and around Chicago. The hottest neighborhoods include Lincoln Park, Lake View and Forest Glen, while surrounding communities, such as Winnetka, Lake Forest, Highland Park, Lake Bluff, Hinsdale and Western Springs, are among the most popular suburbs for luxury buyers.

“Places like Hinsdale have been a madhouse as families accelerated existing plans for migrating to the suburbs. Families with multiple children were more likely to need more space with everyone being home during the pandemic and parents needed more outdoor space for the kids to run around,” Dawn McKenna of Coldwell Banker Realty in Chicago and Hinsdale said in the report. “My tagline for this whole pandemic period is that space and land are the new luxuries.”

McKenna said in the report that 2020 was the “year of space” and that larger homes that were more difficult to sell before the pandemic became easier to move after the lockdown. The desire for more space was also seen in the downtown condo market, McKenna said in the report. “In the Chicago suburbs, buyers were looking for larger homes with office space, rec/media rooms, or homes with outdoor amenities,” she said, adding that condo owners in downtown Chicago were “purchasing neighboring units and knocking down walls to increase their space.”

Along with the increased space, the most popular amenities in the Chicagoland area luxury market were more office space, large kitchens and family rooms, gyms, swimming pools and enough space for pergolas, fire pits and ice rinks. There’s also been a boost in buyers looking to build new-construction homes, according to the report. “It was definitely the year of the pool in Hinsdale’s and Chicago’s western suburbs,” McKenna said in the report. “Any home that had a pool or outdoor space sold quickly. We represented many buyers with 2+ kids who accelerated their move to Hinsdale. They planned on moving, and the pandemic moved their timeline up.”

What’s less important to buyers in the luxury market these days, according to the report: living rooms and dining rooms. McKenna said in the report that the downtown condo market has slowed down, but she believes it will bounce back. The report noted that River North and the South Loop have seen a slowdown in the high-end condo market, but while the market has “softened,” it hasn’t plummeted. That’s because many have relocated to the suburbs and began renting their condo.

“Some of our best inventory is being rented, which is what we’ve advised clients to do because a sale under duress is rarely the best strategy,” McKenna said. “Even if we’re in a holding period for a while, it will bounce back. There is so much opportunity right now in Chicago, mark my word.”